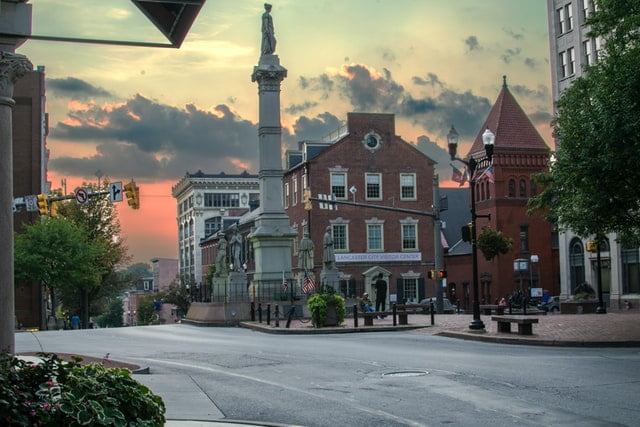 There are a number of cities in Pennsylvania that rank as some of the best locations to retire due to several reasons. Factors such as a rich cultural heritage, a substantially low cost of living, and improved dependable healthcare attract the elderly population for retirement.

Pennsylvania has retiree friendly tax policies. Social security benefits, distributions from 401K, and IRA plans are other important factors that would render one place better for retirement compared to other places. When compared to its neighboring states of New Jersey and New York, Pennsylvania has relatively low property taxes. Renters and homeowners aged 65 and over are eligible for other tax rebates.

The Best Places To Retire In Pennsylvania are:

These favorite retiree locations were chosen based on an analysis of the largest metropolitan regions in the United States by a U.S based News Firm. The study looked at data on retiree taxes, affordable housing, job market, desirability, healthcare services, and happiness.

The city has a population of about 60 000 residents and a rich history. Lancaster City was incorporated back in 1742, and 35 years later, it served as the capital city of the United States for 24 hours in 1777 after Philadelphia’s capture by the Britons.

The countryside surrounding Lancaster is dotted with Mennonite and Amish farms, where residents ride on horse-driven wagons and lead simple lives without the integration of modern conveniences.

This city also happens to be the home of Wheatland, which was the home of President James Buchanan. Franklin and Marshall College, which was founded in 1787, displays a modern cultural scene including restaurants, bars, and live performances at Fulton Theatre, The Sight and Sound Theatre, and the American Music Theatre.

Penn Medicine Lancaster General Hospital offers top healthcare services. The number of assisted senior living facilities has been increasing over the past years due to the Mennonite Custom of caring for other people.

Located in Western Pennsylvania, Pittsburgh has lost its image as one of the most industrious cities in the wake of the technology age. The city has also made a name being among the cities with the best healthcare services and education.

The UPMC Presbyterian Shadyside, one of the healthcare systems in the city, was ranked as one of the best healthcare programs in the United States. Its healthcare expenses are typically lower than the national average.

Although Pittsburgh has snowy and pretty cold winters, the city also experiences friendly seasons. There are plenty of outdoor opportunities that one could pursue in the city. There are over 2,000 acres of game parkland, one of them being Riverfront Park, which offers biking and hiking trails, a farmer’s market, and a swimming pool. Pittsburgh is also convenient to nearby state and national parks.

This town is located within the Blue Mountain and Lehigh River Valley and offers winter-snow for skiers and trails for hiking enthusiasts. The neighborhood is cool with blends of federal and Victorian home styles occupied by friendly residents.

Allentown takes pride in its rich cultural heritage graced with art museums and theaters. Colleges in Allentown include Muhlenberg College, Lafayette College, and Lehigh University, all of which offer cultural and educational opportunities.

For sports lovers, Allentown has minor league hockey and baseball teams and a professional soccer team. The city was the first to receive the title “National Success Story” by Urban Land Institute in 2016 for the transformation of its downtown to generate new development.

You can receive professional medical care at Lehigh Valley Hospital.

Being the capital of Pennsylvania, Harrisburg is located along the Susquehanna River. There is a Riverfront Part offering hiking and biking trails. You can also decide to attend art and music outdoor events.

If you happen to be the outgoing type, you will have a great time exploring the Appalachian Trail, Hershey Park, and the Gettysburg history buffs. Like most cities in Pennsylvania, Harrisburg is witnessing a decline in manufacturing and a rise in the agricultural, business, and tourism sectors.

Besides being the largest city in Pennsylvania, Philadelphia is home to several world-class universities, theaters, music venues, and art galleries. Some of the city’s historical sites include the Independence Hall, the Liberty Bell, among other locations that are fundamental to the U.S origin.

Philadelphia has a number of lovely neighborhoods, which include Fishtown, Manayunk Chestnut Hill, Rittenhouse Square, among other areas that extend to the suburbs of Delaware and Bucks counties.

If you happen to be a sports guy, the city has several professional teams, which include the Flyers, Phillies, and Eagles. Among the great healthcare institutions in Philadelphia are The Thomas Jefferson University and the University of Pennsylvania.

If you are more of a traveler, the city has an international airport and connects to the major railway linking to New York to the northeast and Washington D.C to the Southwest.

Anyone would want to retire at a place with the finest lakefront view, and this is exactly what Erie, PA offers. It’s a big community that has something for each resident, including the great view of Lake Erie.

While onboard the Flagship Niagara League ship, you and your loved ones can sail these great lakes. For hikers, the Presque Isle State Park offers hiking trails with lovely views. The Bicentennial Tower and the Erie Land Lighthouse are great places to learn the local history.

The city is definitely one of the best places to retire in Pennsylvania because of its affordability. Any retiree with a fixed income will have a comfortable life in this affordable community. Erie’s median rent is $200 lower than the National Median Rent. This means you will have financial flexibility, and your peace of mind will remain healthy.

This suburb offers retirees a new home in a peaceful and private place. In Berwyn, you have access to several attraction sites, including the Valley Forge National Historical Park, Bartram Covered Bridge, and the Whimsical Esherrick Museum.

Settling in Berwyn after retirement is conducive for people with a fixed income. The city’s median rent is $300 lower compared to the national median rent.