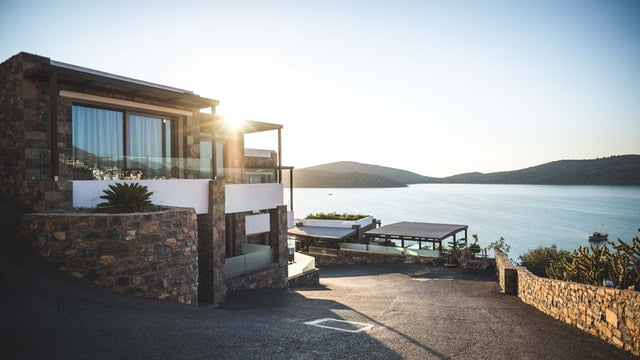 Many people are attracted to the idea of making money by investing in foreign real estate. There are several reasons why they do it, some more important than others. Some of these reasons are explored here.

Low interest rates strengthen the case for investing in foreign real estate, as they tend to promote risk-taking and make money less expensive. Low interest rates are not very likely to happen anytime soon in the U.S., but the situation is different abroad. Countries such as Australia and New Zealand have lowered their interest rates so property loans become easier to afford: borrowers can borrow more money compared to the past because repayment installments became lower than before. In Europe, Portugal real estate has an attractive residency program offer for foreign investors or third-country nationals. Its Golden Visa program continues to attract foreign immigrants annually due to various benefits tied with the program such as minimal residency requirement, fast processing, and diverse investment choices.

Changes in the sociopolitical climate in a foreign country can also bring about real estate opportunities for foreign investors. On June 3, 2015, The Wall Street Journal reported that due to low oil prices and easing of geopolitical tensions over Russia’s role in Ukraine, central banks around the world cut key interest rates or adopted negative rate policies (interest rates below 0 percent) which have enticed investors foreign investments such as property.

If you live in a high-cost area, such as New York City or San Francisco, real estate can be very expensive. It is not impossible to afford a small house of your own if you’re willing to get creative and share it with roommates. However, many people want more room of their own and/or don’t want roommates. Investing in foreign real estate may be an attractive option for some people who would like to buy a second home and use it periodically throughout the year without having to pay the high cost of owning it full time due to taxes and maintenance fees on top of mortgage payments. Also, people use their second homes on weekends or for vacations when they want to get away from city life or just relax at the beach or someplace else.

If you purchase foreign real estate then you will not have any more problems getting into that country because you are no longer a tourist – you’re a resident. You need that second passport if your business takes you overseas on a regular basis for weeks at a time so irate customers don’t try to kill you. If you need the passport for other reasons, such as having your oil shipped in from abroad and avoiding the energy embargo, then it’s even better because you will definitely need that second passport soon enough anyway.

Even if you do not need a second passport right away, foreign real estate investors living in their own homes enjoy lower levels of taxation than people who live and work exclusively in one country. Also, if they want to start a business or import products many countries will make it easier on them if they already own land there. It does not take much more effort to get copies of paperwork when you already have all other records established at your main office.

Making connections with people in other countries is difficult if you only travel back and forth for a couple of weeks out of each year. However, if you live there then it will be much easier to meet the natives and become familiar with local customs and traditions. Investors often operate their foreign real estate as B&Bs or small hotels so they can continue to meet new people every time another tourist comes to visit.

Many successful business ventures form when investors return home after meeting someone while living abroad, such as importing unique products from one country that are not available anywhere else. They may also bring new products exclusively into one country where they know potential buyers will purchase them because that’s all that is available in retail stores at the time.

People invest in foreign real estate because they want to diversify their portfolios. International investments have higher potential returns compared to domestic ones and factor in currency risks. When considering international foreign real estate investment opportunities, investors often consider “emerging markets” where economies and capital markets are developing and growing. These types of foreign investments show greater returns than those in the U.S.

Aside from diversifying their portfolios, other people invest in real estate to build up significant savings or assets after years of hard work. As mentioned earlier, they expect better returns abroad than they would normally get at home, with the possibility of enjoying more time in another country. Wealthy individuals can invest in foreign real estate to reduce their taxable income due to a lower rate on tax-exempt capital gains from the sale of U.S.-based real property interests held for longer than one year, while wealthier citizens from other countries will enjoy tax benefits if they purchase properties overseas which are not subject to capital gains taxes or property taxes.

Some people invest in foreign real estate as a means to protect their wealth from unfavorable domestic economic conditions such as inflation, by sheltering it overseas. Such was the case pre-crisis when many people invested some of their money (and/or mortgaged home loans) to buy more expensive homes overseas; they could afford more expensive homes back home with an interest rate advantage but due to pre-crisis foreign exchange rates and higher prices on more expensive properties, they were able to borrow less money and pay off their mortgages more quickly, resulting in lower repayments.

Some people are interested in foreign real estate investment because of strategic goals such as diversifying the locations where they hold their savings or business activities. Other individuals invest abroad for higher expected returns, mainly by reaching emerging markets overseas that have better growth prospects than developed countries. This can be seen as a geographical extension of their business activities and/or to escape political turmoil at home. Furthermore, some investors invest in foreign real estate to shelter income from taxation since there is no withholding tax on rental income received outside the U.S., unlike dividends which are taxed 20 percent after certain deductions are applied (for most investors).