Skip to content
Home » Politics » The Losers Part I 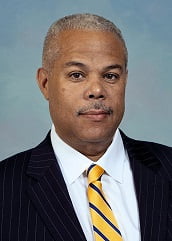 Some may think the takeaway from this election is that big money, sitting in super PACS or the darker 501(c)4s, does not always control elections; that the lesson of Tom Wolfe, spending big and early in last year’s gubernatorial primary to win against a deep field going away, was turned upside down by the failure of big money to dictate terms and carry Tony Williams over the line.  After all, the Bala Cynwyd Billionaire’s Club (BCBC) — hedge fund investors running Susquehanna Investment Group, or SIG — spent nearly $4 million, boosting Williams’ spending to twice his main rival and ultimate victor Councilman Jimmy Kenney, and started doing so early, as did Tom Wolfe, months before Kenney even entered the race.  And Williams lost by a staggering 27 points.

We believe that the real lesson of this primary is that stupid money, no matter how much it swamps other spending in the race, can kill even the most credible of candidates.  First the credibility, then the stupidity.

While much has been written about the failure of the Williams’ campaign, no fair-minded pundit doubted that Senator Tony Williams was a credible candidate; he showed up at every forum laying out thoughtful, if not terribly innovative, positions and ran on a record that challenged the educationally stagnated status quo.  Williams may not have had the passion of Jim Kenney but he was a credible African-American with a record of public service.  So how does he get wiped out in a democratic primary where African-Americans hold a plurality of voters?  This is where stupid comes in.

First, the BCBs decided to make themselves the story.  The lead, Joel Greenberg, decided to conduct a series of long-form interviews with the media before they spent one dime.  The theory?  That if they told everyone who they were (billionaires from Bala Cynwyd), what they cared about (charter schools) and what they intended to do (dictate the next mayor from across City Line Ave.), this would somehow Febreze the stink attached to big-money super PACs.  Note to BCBs:  There is a reason you don’t see the Koch brothers — poster boys for conservative dark money — giving wide-ranging interviews to the news media: Being the story kills the story they are trying to sell.

By laying out the terms of their engagement in this way they presented Tony Williams with a three-headed albatross:  (1) white guys undermining his credibility with his base voters (read African-Americans) who he could least afford to lose; (2) rich guys trying to buy an election undermining any traction he could get from Center City and Chestnut Hill liberals who find dark money, well, dark; and (3) doing so on an issue — the expansion of charter schools — that Democratic primary voters have been conditioned to rally against.

Still the BCBs’ money could have overcome the anchor they tied around the Williams campaign’s neck if they had decided to play the game of electoral politics the way it is set up to be played.  But they did just the opposite.  Here’s how.

The reason super PACs are so effective, and so nefarious, is that they say things that the candidates who they are supporting do not want to say themselves.  When properly orchestrated (not coordinated, mind you, as that would violate campaign election laws), the super PAC plays attack dog while the campaign reinforces the candidate’s positive messages.

This is not rocket science.  This is Super PAC 101.

Played correctly, the BCBs would have attacked Jim Kenney the moment he surfaced as the only viable candidate to take candidate Williams out of the race. Spend $2 million in television advertising tying Jim Kenney to the status quo.  They could even have stayed true to their charter school messaging, tying him to the teachers union — who were spending super PAC money to elect him — and the failed state of education in Philly,  and stalled Kenney out before he got out of the box.  But they chose not to, trying to convince voters that charters, and by extension Williams, was the future.

Perhaps it is poetic justice that the BCBs made their money in a hedge fund, finding places in one area of the financial markets to hedge positions in another area of these markets.  One of the real lessons of Philadelphia primary day 2015 is that you don’t win in politics by hedging your win by striking out boldly confident that the risk is worth the reward.