Skip to content
Home » Health » Protein Expression: What It Is And Which Benefits Does It Carry 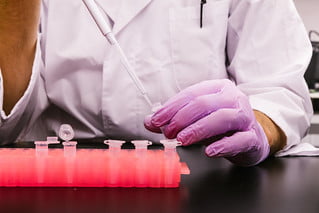 The modern idea of cells indicates that genes encode for proteins. Integrated control that runs the genes can result in specific sets of proteins with structures carrying unique modifications needed for the effective functioning of the cells in both eukaryotic and prokaryotic cells. It is this process that we refer to as gene expression. In other words, expression is converting the information encoded in a gene into messenger RNA before converting it to a protein.

What is Protein Expression?

Protein expression refers to a process describing how cells and living organisms synthesize, modify and regulate protein. In the field of research, protein expression can be used to refer to the application of different laboratory techniques needed to manufacture proteins. It has become an essential laboratory technique in molecular biology, biochemistry and protein research, and other sectors that need functional protein for research.

Products made from expressed proteins display characteristics comparable to their native counterparts and play a significant role in further research the determination of the 3D structure of proteins. Apart from this, protein expression has also been used to produce enzymes or substrates needed for analysis. A lot of claims have been made regarding the benefits of protein expression and purification services. The study of proteins comes with more complexity as compared to the process of studying genes. Protein sophomore diverse and complex functions and structures end expression of functional proteins allows researchers to gain more knowledge about them with ease.

Cells found in mammals make for a great system suitable for expressing mammalian proteins that need several post-translational modifications to function effectively. The mammalian protein expression systems are commonly used to produce complex proteins, proteins used in functional cell-based assays, and antibodies. However, most of the benefits come with more complex cultural conditions. When using mammalian expression systems to produce proteins, you can do it transiently or using stable cell lines to integrate the expression construct into the host genome.

Although you can use stable cell lines across multiple experiments, transient production can produce large quantities of protein in a week or two. The transient high production mammalian expression systems use suspension cultures which can produce gram per liter yields.

Just like mammalian expression systems, insect cells are suitable for high-level protein expression. You can use different systems to produce recombinant baculovirus, expressing a specific protein in insect cells. You can quickly scale the systems to adapt them to high-density suspension culture suitable for large-scale protein expression with high functionality comparable to native mammalian protein. Although it can yield as much as 500 mg/L, the production of recombinant baculovirus requires a lot of time and more challenging conditions than ordinary prokaryotic systems.

If you need to produce vast amounts of protein quickly and cost-effectively, using a bacterial host cell is always a great option. E. Coli is one of the most common hosts for protein expression with multiple streams, which you might specialize in for protein expression. Protein expression in microorganisms is a bit easy. You insert the DNA coding of the protein of interest into a plasmid expression vector to remodel into a bacterial cell. The reworked cells propagate, after which they are used to produce your protein of interest. You can then go ahead and purify the protein from mobile particles.

Although they may be easy to use, you need to understand that microorganisms can not naturally produce practical multi-domain mammalian proteins, so you should not gear up bacterial cells to add irrelevant post-translational modifications. Additionally, most proteins produced by bacteria are insoluble, so our bodies strain to extract them unless we use harsh reagents and high endurance levels.

Plants offer a cost-effective and low-tech method of extracting recombinant proteins in large quantities. Most cells from varied forms of plants comparable to maize, rice, tobacco, and potato tubers have been primarily used for protein expression.

Plant expression methods share a majority of their similar options and processing requirements as mammalian methods. The complicated post-translational modifications are also identical in both cases. The process of extracting and purifying recombinant proteins from plants is expensive and time-consuming due to the complicated nature of the biochemical setup of plant tissues.

To avoid this, many scientists have leveraged the strength of secreting biochemicals and proteins through plant roots. By tagging recombinant proteins with peptide permits secreted naturally by plants allows for easier entry and purification of the desired protein. Plant cells have been commonly used for specific kinds of proteins, prescription drugs, and antibodies commonly referred to as interleukins.

Yeast offers an excellent expression system to generate vast amounts of recombinant eukaryotic proteins. While you can use most yeast species in protein expression, S. cerevisiae provides more reliable results; thus, it is the most commonly used species.

When using this species, you put recombinant proteins under the control of an inducible galactose promoter. Other popular promoters used in this procedure include the copper and phosphate inducible CUP1 and PHO5, respectively.

Generally, used expression methods are more convenient and affordable as compared to mammalian cells. They can also modify complex proteins, which is not the case with bacterial methods. However, they have a slower growth rate when compared to bacterial cells, and you need to optimize the growing conditions. Yeast cells are also associated with hyperglycosylated proteins, which may present a challenge based on the protein of your choice.