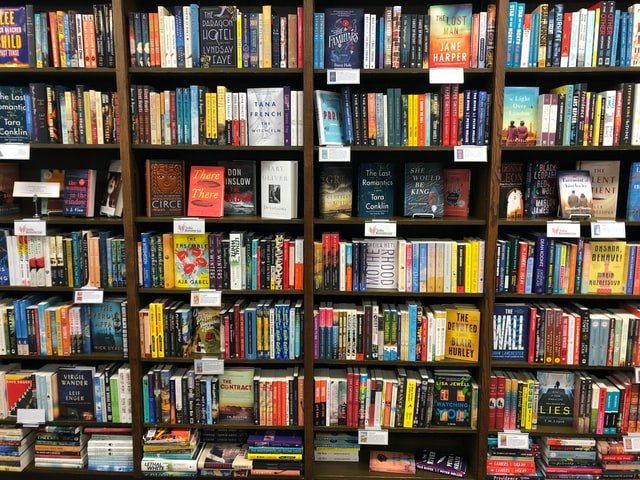 The People’s Books & Culture has been a staple of Philadelphia life. For over five decades, residents of Philadelphia have found in this store a vital resource and a much beloved institution. Browsing the stacks and picking out a brand new book has long been an enjoyable pastime for visitors and those who live in the neighborhood. Unfortunately, the pandemic has impacted the store as much as it has on other areas of life in contemporary Philadelphia. Despite efforts to reach out and diversify into new areas, the bookstore’s owners have made a sad and yet predictable public announcement.

This is not the first time the store has been in financial trouble or the first time it has been shut down. Formerly known as the Penn Book Center, the store is located in South 34th Street. The West Philly location gave it a location that allowed the store’s owners a lively audience. While the store was much used, it was the rise of Amazon that proved the essential challenge to the store’s overall profitability. Michael Row and Ashley Montague were the store’s previous owners. In 2019, they told the public they were no longer able to keep it open because of competition from the retail giant.

In the aftermath of this announcement, community residents rallied behind the store’s owners. The University of Pennsylvania owns the building housing the bookstore. Multiple protests were organized on behalf the bookstore. A petition asking the university to find a way to work with the store’s owner’s reached over five thousand signatures. As the petition noted, the bookstore offered many students at UPenn access to used textbooks at a huge discount. As the petition noted, rather than offer students a discount, the store’s owners were financially forced to focus their attention on efforts like trade sales that went against the essential aims and goals of the store when it was established in 1962.

The petition was successful initially. With help from university officials, the store remained in business. They offered the bookstore owner’s three months of rent relief, allowing them a brief respite from some of the store’s ongoing expenses. Despite these efforts, the original owners decided to sell it. Two people stepped in to buy the store and carry on the store’s service to the community. Matt Duquès is an English professor at the University of North Alabama. His partner Diana Bellonby, is a writer. Together, the two took over management of the store with the intention of carrying out the store’s original vision for the community.

For eight months, they made the store home to many important local events. There were dozens of in-store readings by published authors from Philadelphia and other parts of the United States. The store was also home to many book launches designed to celebrate new and established authors. Duques and Bellonby also made an effort to improve working conditions. Wages for store employees rose by sixty percent. The new owners also made a huge effort to be involved and contribute to many worthy organizations. They also renamed the store the People’s Books & Culture in order to reflect the overall mission and plan they had in mind. Not content to run the bookstore, the couple alo donated funds to organizations that support the local writer’s community including the Philadelphia Emergency Writers Fund. The couple has experience working in this field. In 2014, they co-founded an organization known as The Fringe Foundation which helps to support struggling but worthy organizations.

While such efforts were lauded by residents, it was not quite enough to keep the store afloat fiscally. Despite Duques and Bellonby’s personally investments of thousands of dollars in the store’s hardware and inventory, ultimately the pandemic proved to be one of many factors that were the store’s undoing. A short walk from the university’s bookstore and the presence of a Barnes & Noble nearby have long cut into sales. Even in the face of such competition, the store’s owners have been able to find their niche. With a great one-of-a-kind options, the store found and kept an audience. However, the latest pandemic has simply proven to be too great an obstacle to overcome. The store’s owners examined varied business models and tried hard to find one that would allow them to remain in the black. They even considered moving to a new location or bringing in additional help from others in the immediate community. After careful examination, it became obvious that none of these options were going to work out in the long run.

The Impact of the Pandemic

The pandemic had a specific impact on the running of the store. When the governor made the announcement about required restrictions due to COVID-19, that made it even harder to bring in paying customers. All businesses deemed non-essential were shut down for a period of time until officials decided it was safe for them to serve the public. Part of the store’s business model has long been about attracting people to browse. The direct closing of all businesses deemed not necessary made it hard to rely on this traditional source of income. Those who live in the community praised the owners for their hard work, vision and determination to overcome as many obstacles as possible in the last eight months.

The former store owners have not given up on their plan for community improvement and help. They are thinking about donating much of the remaining store inventory to Woodmere Art Museum in Chestnut Hill. They are also donating shelving to many other bookstores as well as schools and libraries in the immediate area. All remaining funding they had planned to use to continue further renovations will be used to help many other causes the former owners consider worthy that are designed to fight for social justice. Locals lament the store’s closing and wonder what will happen to that space in the future.