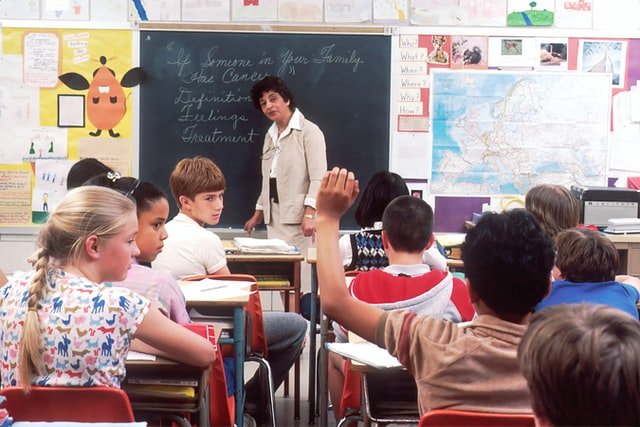 The course has been reversed by Philadelphia School District to take back the students to class in September, which is the beginning of the new academic year. Schools will conduct online-only instruction during the first period of marking, which comes to an end by November 17, which was announced On Tuesday by district officials.

As time passes by, there will be the transition of students, which will be from a mix of in-person and learning remotely, as far as local health officials confirm it to be safe. The School board will formally consider the new plan by Thursday.

Implementation of a hybrid model had been sought initially by the district this period, making the students learn remotely by bringing them back to class on some given days. There was a continued concern on the increasing COVID-19 cases which occurred after fierce push back that came from parents and teachers. The officials believe it is safe for online classes in the first quarter.

According to Superintendent William Hite, he argues that there were fundamental changes that meant to be part of implementation after officials in the district listened “from educators many families not satisfied by the plan.” COVID-19 infection rose at a higher rate in recent weeks, and some people developing fear towards the coronavirus could quickly spread in the institutions.

Hite believes in the importance of listening according to his letter to the families and the parents. He also emphasizes the importance of developing faith and support since they are trying to come up with an ideal learning plan, which is a new environment for children.

All K-12 students’ first day to be on September 2 as per the schedule. However, it had previously been changed to August 31 to aid the teachers with ample time to have professional development as an additional skill. The training sessions for the teachers to help them get used to the new environment of online instruction provision.

“Healing Together” is an initiative under development to meet the trauma, mental health, emotional and social requirements of staff and students. It would continue until the resumption of in-person classes.

The district is dissolving it’s digital academy for it to serve as a substitute for the new model, which is hybrid learning. Students with this selection as an option would not be able to have class attendance of in-person until the first marking period ends.

The Chromebook computer will be the computer for most of the students in need. District officials pointed out that they are devising a method to make the distribution of Chromebook convenient.

Furthermore, officials from the city are in collaboration with a variety of companies that provide internet locally intending to provide internet access, which is reliable for needy students. The students will also receive meals from schools at respective locations meant to be a pickup.

Hite, in his letter, also added that the changes are hard to make. He points out that all decisions are complicated, and they are as a result of the COVID-19 pandemic. There are no definite answers on the accountability of the numbers, and increased needs of the staff, families, and students.

According to Hite’s letter, they will proceed to weigh their fundamental responsibility thoughtfully to meet increased educational requirements of their students together with offering safety to everyone and also the well-being. It will be in consideration of the feedback and input received mostly at the meeting and surveys and online.

According to Hite, the proposed plan also will provide the district with additional time to better the facilities. The district said two weeks ago that it was planning to enforce a distribution. And also, have a schedule with the capacity to organize the students into groups. Group A was to attend the classes on Mondays and Wednesdays in person; Group B was also to attend the classes on Tuesdays and Thursdays. On Fridays, all students would have studied at home with time set aside for school cleaning.

Hike says that he’s not the superintendent who exposes anyone to any harm in any way.

The hybrid model tends to be protested, calling upon the adoption of virtual learning. 47% said they would send their kids to school, and 62% were on the contrary.