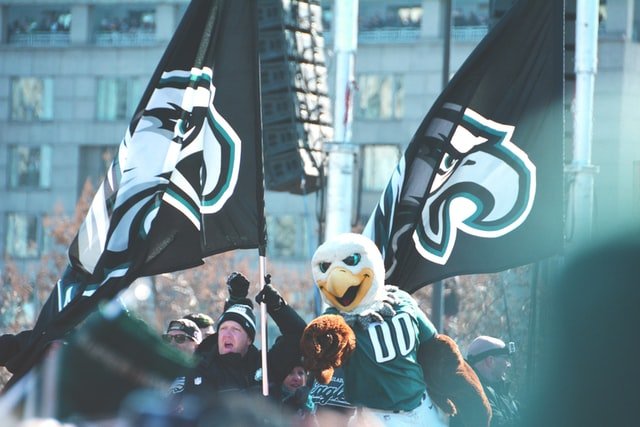 Football fans were surprised to hear the news that Marquise Goodwin is opting out of the NFL 2020 season due to concerns about the COVID-19 crisis. Goodwin is well within his right to do so under the 2020 amended collective bargaining agreement. Goodwin is on a one-year deal with the Philadelphia Eagles but his contract is paused and he can get an advance on his salary for next season. When it comes to the coronavirus, many athletes have had to make tough decisions that have impacted their families at home. Goodwin made a choice that he wasn’t going to put his wife Morgan at risk.

For Goodwin, it’s a personal matter. Goodwin’s wife had three miscarriages before giving birth to the couple’s first child. In a video posted on YouTube, Goodwin said he isn’t about to risk going through yet another loss due to carelessness and selfishness. He wants to put his family first, above all. That should be everyone’s goal. If anything even comes close to posing a danger to your family, more than likely you will do something about it. This situation goes beyond the sport of football. The game will be here long after the 2020 season but family is irreplaceable.

Unfortunately, ignorance runs wild when it comes to the coronavirus pandemic. A report from the New York Times revealed that over 4.3 million cases were confirmed in the United States. This has resulted in over 150,000 deaths. Still, that hasn’t stopped some “fans” from treating Goodwin like a piece of meat for their entertainment rather than a human being. The wide receiver has been called “stupid” for opting out of the 2020 NFL season. Still, Goodwin isn’t going to stop looking after his family. The Philadelphia Eagles receiver says he’s more interested in looking at statistics rather than coming up with conspiracy theories.

Goodwin was set to enter his eighth season in the NFL. He played at the University of Texas before being drafted in the third round by the Buffalo Bills in 2013. In his rookie season, Goodwin had 17 receptions for 283 yards and three touchdowns. His run in Buffalo was marred by injuries. In his final season with the team in 2016, Goodwin had his best season up to that point. He nabbed 29 passes for 431 yards and had three touchdowns. Still, Goodwin felt he had more to offer and he was right.

In 2017, Goodwin made the move to San Francisco. He signed a two-year contract with the San Francisco 49ers. He shined in his first year with the team, snagging 56 passes for 962 yards. Goodwin hit the end zone twice that year but 49ers fans were optimistic about Goodwin’s future. Goodwin received a contract extension the following year but the injury bug would come back to bite him. He played in just 11 games in the 2018 season and only nine games in 2019. Despite dealing with injuries, Goodwin was able to nab four touchdown receptions in the 2018 season, his highest total for a single season to date.

Goodwin was traded to the Philadelphia Eagles in April 2020. The Eagles and Goodwin were able to agree on a restructured deal for one year. Under normal circumstances, this would’ve been a great opportunity for Goodwin to have a solid season and set himself up well for free agency. He’ll have to wait a little longer to achieve this but patience is a virtue. Rather than put his family at risk, Goodwin is doing the right thing by opting out of the 2020 NFL season. As they say, tomorrow is another day.