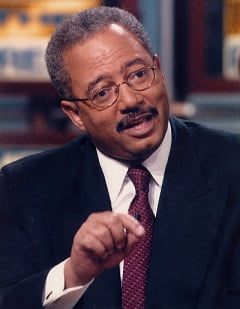 Prosecutorial overreach in the case against Fattah

The easiest thing to do would be to hop on the prosecutorial bandwagon and rail against the newest bad boy of Pennsylvania political politics: Chaka Fattah. And, oh, is that bandwagon on a roll! To listen to the prosecutors, as they rolled out their indictment, the case is a slam-dunk, not even worth the time it will take to convict him. Upon charging Fattah in a 29-count indictment for racketeering, bribery and wire fraud, U.S. Assistant Attorney General Leslie R. Caldwell said, “Public corruption takes a particularly heavy toll on our democracy because it undermines people’s basic belief that our elected leaders are committed to serving the public interest, not to lining their own pockets.”

It may be that the only thing we are truly victims of is prosecutorial hyperbole. And while the charges may be serious, we must also recognize that the prosecutors’ case is always strongest at the moment of indictment: a time when the defendant has had no opportunity to confront his accusers and no opportunity to cross-examine witnesses. In short, he’s had no opportunity to truly defend himself. So the political defendant, unlike his private counterpart, faces two threats: the prosecutors seeking to take away his freedom, and the press, who in the absence of a public defense launched immediately upon indictment, seeking to take away his job.

And just when we thought the prosecutors, post-indictment and pre-trial, held all the cards, we read this Jeremy Roebuck piece in the Inquirer: “Federal prosecutors [have] accused U.S. Rep. Chaka Fattah of trying to influence potential jurors with recent public statements in which he touted his accomplishments in Congress and questioned the motives of authorities handling his case. In a motion filed in federal court, Justice Department lawyers cited Fattah’s statements to reporters and a YouTube video he posted in response to a July 29 indictment charging him with racketeering conspiracy, fraud, money laundering, and other crimes.

Prosecutor Eric L. Gibson described Fattah’s remarks as direct attempts to distract from the allegations lodged against him and
‘to interfere with a fair trial and prejudice the due administration of justice.’ Gibson asked U.S. District Judge Harvey Bartle III to bar Fattah from using such arguments as part of his defense at trial.”

So let us get this straight, federal prosecutors believe that a U.S. Congressman, when charged with a crime, forfeits his First Amendment rights to tell folks all the good he has done for them under the theory that such statements will taint the jury pool. Kafka must be turning in his grave.

Quite appropriately, Fattah struck back. “The motion today is almost laughable. The Department of Justice didn’t have any concerns about unduly influencing a jury when they were leaking information to the press during the eight-year investigation, or when they held a nationally televised press conference on the indictment that they knew presented outright lies and half-truths.”

Which brings us to lies and half-truths. We do not hold ourselves out as legal experts though we were big fans of “L.A. Law” and “Boston Legal.” We have, however, looked over the Fattah indictment with a discerning eye and one of the charges strikes us as a bit of a stretch. It involves former Rendell Deputy Mayor, Herbert Vederman. The charge, in a nutshell, is that Vederman bought Fattah’s Porsche for $18,000 in an attempt to secure an ambassadorship from President Obama. The evidence suggests that Vederman was in Florida when Fattah asked him to buy the car. Vederman bought it, yet the car stayed in Fattah’s garage and his wife Rene Chenault-Fattah was seen driving it after the sale.

We will be most interested to see how federal prosecutors intend to convince a jury that this constitutes a bribe. Does Vederman’s request to Fattah to help him secure an ambassadorship preclude him from buying Fattah’s car? Does the fact that the car stayed in Fattah’s garage while Vederman was in Florida mean that Vederman never bought it in the first place or just that Vederman didn’t care where it was when he wasn’t in town? And does anyone really believe that Vederman thought the purchase of an old Porsche could actually secure him an ambassadorship?

While the prosecutors want the curtain to close on this Greek tragedy before everyone has taken their seats, we are content to grab our bag of popcorn, sit back and watch the show. Knowing full well that we have only seen Act One.