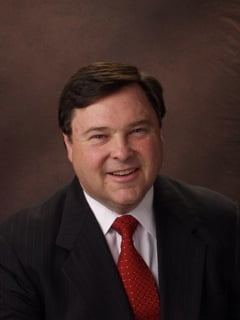 The year was 1994. Ed Rendell was in the third year of his first term as mayor. Pedro Ramos was head of the Philadelphia School Board facing a financial crisis and City Council was debating imposition of a 10 percent liquor-by-the-drink tax. Dan McElhatton was a member of City Council representing the Seventh Councilmanic District—neighborhoods stretching north from Hunting Park up Castor and Bustleton avenues to Krewstown.

The liquor-by-the-drink tax applied to “every sale at retail by any hotel, restaurant, club or other person holding a license or permit issued by the Commonwealth of Pennsylvania to sell or dispense liquor or malt and brewed beverages.”

Back then the Daily Pennsylvanian set up the debate over this new tax as follows:

According to City Councilperson Happy Fernandez, the taxes will benefit the Philadelphia Public School System, which is badly underfunded. “Our schools were cut $98 million last year, in some very important services,” she said. “The liquor tax would probably provide $10-25 million. That’s a good start.” Fernandez, a supporter of the tax, summed up the theory behind the legislation: “Do I want to provide more money for schools and children or do I want to protect the bar owners?” she said. According to Cohen, the tax will not have much effect on residents of Philadelphia. “The bulk will be paid by non-Philadelphians,” Cohen said. “The vast majority of the drink sales occur in downtown business. The vast majority of those will be consumed by conventioneers.” “It’ll be devastating,” [Smokey Joe’s owner Paul] Ryan said. “If 10 percent is going to the city, then [the tax will] sack my business 10 percent. We intend to let the council people know that this will be very detrimental to the hospitality industry.”

What happened to McElhatton is a cautionary tale for the members of City Council, who are about to debate the liquor-by-the-drink tax. In 1994, McElhatton was a first-term City Councilman rolling into his first re-election campaign. He was supported by popular mayor Ed Rendell and endorsed by the Philadelphia Inquirer. Ricky Mariano was an unemployed electrician and former McElhatton campaign manager and chief of staff for nine months (he was fired) who was now set up to challenge him in the Democratic primary. Mariano had the support of his union and seven out of eight ward leaders in the district, and he had an issue: McElhatton had changed his mind on the liquor–by-the-drink tax. Worse yet, he had broken a promise to the tavern owners to vote against it, which led Frank Byrne, owner of Byrne’s Tavern in Port Richmond, to tell the Philadelphia Inquirer, “If your word isn’t good, then what are you good for?” Them’s fighting words.

Michael Nutter, who in 1994 was a City Council member and a supporter of the tax, is now mayor and he is pushing to increase the tax to 15 percent, to capture an additional $20 million. Ramos (yep, the same one), now chief of the School Reform Commission, naturally supports the move because the school district now faces a $100 million funding gap. And Dan McElhatton is a private citizen.

While today some tavern owners seem ready to fight, we don’t see the passion of those in 1995 who put “Don’t Tax Our Beer Vote Mariano” signs in their establishments’ windows.

But it doesn’t seem that the tavern owners have the heart for the fight like that of 1995. Patrick Conway, president of the Pennsylvania Restaurant and Lodging Association, told the Philadelphia Inquirer that the tax “would be a tough pill to swallow for restaurants and taverns and for the entire hospitality industry, but it’s actually more of a consumer issue.”

In 2008, Ed Rendell confirmed in a radio interview what was first revealed in a 2001 city controller report: we look the other way when it comes to enforcing the liquor-by-the-drink tax against neighborhood taverns.

McElhatton had less than a year to square his vote with his constituents. City councilmembers today sit two years away from re-election. If liquor-by-the-drink passes and the tavern owners once again spoil for a fight, council members may need all the time they can get.