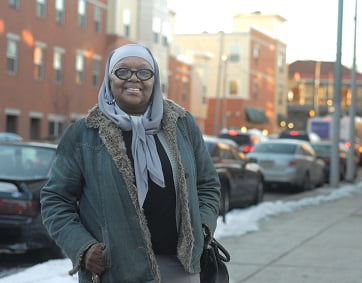 According to Rick Sauer, executive director of the Philadelphia Association of Community Development Corporations, “Philadelphia does better when we all do better.”

So in this election season, the group has come up with a platform entitled “Beyond Gentrification, Toward Equitable Neighborhoods,” to which it hopes mayoral and City Council candidates will subscribe.

The 36-page report, with colorful pictures of neighborhood children playing and graphics showing the arc of segregation and wages in city neighborhoods, makes an important point about our view on booming new housing construction in the city:

“As much as we need to celebrate and encourage redevelopment, the enthusiasm about this renewed Philadelphia can feel like it’s about a different city if you are one of the many Philadelphians still struggling, or live in a neighborhood fighting decline.”

It continues, “Some moderate-income neighborhoods that have been stable for decades are seeing decreasing homeownership rates, property values flattening or declining, and properties that are staying vacant for too long.”

I can attest to that. Eager to settle down, 10 years ago I bought an “as-is” rowhouse on a  moderately low-income block of perpetually struggling North Philadelphia. Mine was a neighborhood where SEPTA buses idled nonstop, the corner store flooded trash into our yards.  Neighborhood children walked long distances to go to schools outside of the area and, for recreation, we were required to drive there or walk dark, isolated roads.

Although doing my part as block captain, civic association member and collaborator with Philadelphia University students to draft a redesign of the area — no resurgence followed.

The CDC report explains why: “Research shows that if you live in a poor neighborhood, the chances of you becoming economically mobile — or moving out of poverty — are low. That’s because neighborhoods where people in poverty are concentrated typically have poorer performing schools, higher rates of crime, fewer quality of life amenities like well maintained parks or recreation centers, and few quality jobs available.”

My solution? I moved, to booming Center City. My son walks to his high-quality school, streets are brightly lit, the Center City District cleans sidewalks, a pristine corner store sells fresh fruit and vegetables and quaint boutique and restaurants abound. As the CDC report said, it’s like “a different city.”

But that’s no way to improve as a city.

The CDC’s platform, endorsed by 43 organizations like Nicetown CDC, Korean Community Development Services Center and Germantown Community Connection, makes such recommendations as: “1. Strengthen the Ability of Neighborhood Groups and Residents to Create Inclusive Communities. …. 2. Create and Preserve Quality, Affordable Home Choices in Every Part of the City. … 3. Expand Economic Opportunities on Our Neighborhood Corridors and Increase Local Hiring and Sourcing by Major Employers and Developers.”

Without such a strategy, it predicts, we deepen inequalities and segregation, and “hamper the economic stability of our city and region for generations to come.”